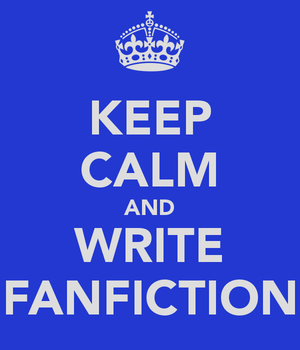 This challenge thread is closed to new challenges
until I catch up with the originals.
Ten of the sixteen challenges have been completed.
I owe the rest of you some fics.

HOW THE INSANITY STARTED…

Maybe I’m insane for starting this thread, but I decided I wanted a little practice writing Standalone Fics and figured this was a fun way to get y’all involved. A few guidelines will help keep things simple as I don’t want to get caught up with any more epics for a while.

I know there is a Standalone Challenge Thread, but some of them have been done or are all devised by the same people. I also find that I’m more dedicated to a fic when I know someone else is depending upon me to write a challenge I have accepted rather than me picking something off of a random list.

Name Your Ship:
Romantic Ships: Cordelia/Angel(us) (Since this is AO)
Friendship/Rivalry/Adversarial/Other Ships: Any Characters, but no slash, please.

Name Your Rating:
Challenger’s Choice…G thru NC-17. Feel free to define your level of smut as subtle or explicit.

Pick One Quote:
Not a requirement, but include it if you want one.

Fic Content:
In 5 words or less list/describe the story requirements. Suggestions below:

Other characters or pairings you want included/not included

Specific words you want included
Any Takers? C’mon, you know you wanna. My fingers are getting itchy and my muse is raring to go.

Pairing: Cordelia/Angelus
Rating: NC17
Set in BTVS season 2 after or during ‘Killed By Death’, just so it plays in with the scene where Angelus traps Cordelia to the ground.

Hey Lysa,
You asked for it so now i am giving it to you, see what you can make of it.

A Version of See Jane Date, which is CC’s movie if you haven’t seen, let me know and will give you general run down.

Name Your Rating:
PG to NC17

Pick One Quote:
”Baby you’re mine.”

Episode, Scene or Situation
Angel jealous when Cordy starts dating and sets out to ruin her dates.

NOVELLA WRITTEN: PUZZLE PIECES
POSTED: 5 Apr 2004
(This is actually one of my favorite fics written by me.)

Since I know you love my challenges, here’s one specially thought up by me for lil ol’ you!

Name your ship: C/Aus
Other ship: Don’t really care!
Genre: Smutty Humour
Rating: Anything you like, I’m not picky!!
Fic content: DrunkAngelus meets up with DrunkCordy

Pick one quote:
“Oh wow! Hey you’re good at that… Do it again, see if it feels the same!”

Other characters or pairings you want included/not included
Any you like, just NOT Buffy!

Specific words you want included
Surprise me baby, I love surprises!!If you take this mission, PM me first!!!

SHORT STORY WRITTEN: A NIGHT TO REMEMBER
POSTED: 26 Apr 2004
(This one ended up with a smutty sequel: ALL THE DAYS & NIGHTS TO FOLLOW)

Episode…hard. this kinda falls an ep before and during RWaV.

Premise: Angel realises he aint so kean on doyle’s interest in Cordelia- and is even less keen when she outwardly seems to lap it up.[a bit dense where flirting is concerned, lol]
So he decides to keep them apart socially. Not as easy as he thinks, cos he then has to spend more time with her than is inhumanly possible- then she leaves her apratment cos of ‘antlery’ cockroaches and the heat turns up even as he realises there is more to CC than he originally thought. [a bit long? sowwy]

A line?: C: You know, Angel, it’s actually a lot harder being one-dimensional than it is to be like me – ask Kate!- she even has a gold star.”

Thats all I can think of.

Name your ship: C/A
Genre: Smut
Name your Rating: NC17 (explicit)
Fic Content: Cordy requests a nude sketch (but there has to be a reason, not just cause she wants one. Ask me if you can’t come up with one. But I like surprises)

Ok Lysa, how about this?

Ship: A/C any timeline or season, but preferably BTVS

Quote: “Wow, are all vampires that well hung” by Willow or Fred. 😆

Challenge #9 by Marie
Okay Lysa how about

Remember when Angel bought Cordy a present for her birthday just before she was demonized by Skip.

C remembers Angel bought her a prezzy and asks Angel for it.

Would like to see A/C being really mature and honest with each other and talking in an adult way about their growing feelings for each other.

Ha! less than five words. Who’s da girl?!? I was thinking geek-trio type invisibility, but hey, its your challenge.

NOVEL WRITTEN: WAVELENGTHS
POSTED: 15 Jun 2004
This is one of my favorite personally-written fics. It’s a 10-part novel with an original poem added. Maybe I got carried away. LOL.

Lysa, Lysa, Lysa….. you know I also love ya right!!! I am thinking of a challange…. have you done the…. fast and easy smut fest that could be the You’re Welcome missing night I mean she seemed to be there for a night and she was in the bed room… romantic and sweet and smutty and all the good stuff….

STILL PENDING – I actually started writing this one. I think my computer crashed. Maybe it was too hot from all of the smut. LOL! I will try to track it down when I’m finished with Season of Solace.

Hi Lysa! Can you fit another one in your schedule? I’ve wanted this for a long time and I know you can give me something brilliant. So, pwetty pwease… :duck:

Show: Ats end of S2 to mid S3 (unless you think you can get something juicy from Beige!Angel period)
Ship: C/A (nothing but the best!)
Pick Your Genre: Angst, Humor (if you can manage it), Smut (if it goes that way for you)
Name Your Rating: PG-13 to NC-17
Fic Content: Cordy is dying from her visions. She tells Angel but doesn’t want anyone else to know. The secret between them brings them closer together (aka love blooms and smut ensues hopefully). I don’t care if you go for the major angst factor and let her die eventually or if the cure turns out to be eating a giant chocolate bunny and she’s saved. I just want the pain, the closeness, the falling in love part.

(Sorry, Lysa, but has anybody stuck to your 5 words or less rule yet?)

(Lysa’s Note: How strangely funny that a gal calling herself ‘Lucky’ gets challenge #13!)

Here’s a challenge I hope you take.

Ship: Cordy and Angel
Genre: Smut/Humor
Rating: NC 17
Show: Angel
Episode: After Birthday
pairings: Cordy and every guy she meets
Content: Cordy’s new demon status makes her go into heat a few days of every month. She’s all over every guy she meets. The AI gang try and keep her isolated so she doesn’t do anything she’d regret. A jealous/tempted Angel is a must. At some point, she and Angel get trapped together and one of them gets tied up by the other.

STILL PENDING – This challenge has been done at least a couple of times, so it will be interesting to see if I can come up with something unique. One of these days. Yeah, I still owe you, Lyn.

Lysa, I’ve been trying to think up a challenge for weeks now, and I might have finally done it. Although, it’s not very good, and Hell, you’ve probably had this challenge before. I’ve never read this in a fic, but more than likely it already exists. Sorry if it’s no good!

Name Your Ship:
C/A of course!

Name Your Rating:
Would you believe me if I said G? Didn’t think so! NC-17 please!

So how’d I do? Is that what you wanted? Hope it’s at least marginally original. It was semi-inspired by the Charisma interview where she mentioned that her own cheerleading uniform sometimes made it into the bedrooom!

STILL PENDING – Hee hee! This just gives me the giggles even thinking about it. Oh, but I will have to try this one some day soon. I owe you, too, Allie.

STILL PENDING – Oh, my. I can do something fun with that little plotlet. As for the quote *whine*….ok. I guess that’s what makes it a challenge, right?

Ship: romantic
Genre: romantic but smutty goodness is always appreciated
Rating: as Lysa sees fit
Fic content: no quoting but a manip
This manip was made by Neaf.

I really love that manip, it’s one of my fav and I thought it would be nice to have a fic inspired by it.
Now I was thinking that Cordy could do a photo shoot (or a video) and somehow Angel ends up on it with her. Now,Lysa, babe, this is not an obligation at all and if it’s more than a standalone, this is not a problem either!!

STILL PENDING – My serial fics got in the way of this Standalone Challenge Thread. I owe you

CHALLENGE THREAD IS CLOSED UNTIL I CATCH UP!